Amazon Echo can be fooled 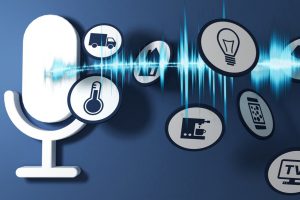 A team of specialists from Tokyo University of Telecommunications (Japan) and the University of Michigan (USA) have developed a method that allows laser assistants to send silent voice commands to digital assistants.

It all started when Tokyo University Telecommunications researcher Takeshi Sugawara discovered the strange behavior of his iPad. As it turned out, when a powerful laser was exposed to the tablet’s microphone, for some unknown reason, he perceived it as a sound. By varying the intensity of the sinusoidal laser at 1000 oscillations per second over time, Sugawara created a high-frequency sound wave that the iPad microphone picked up and transformed into an electrical signal.

After six months of research, Sugawara and a team of researchers at the University of Michigan turned the above-described photoacoustic effect into something more serious. Scientists have learned to use the laser to “talk” with any device that can receive voice commands, including smartphones, Amazon Echo smartphones, Google Home devices, Facebook Portal video calling devices, etc. Researchers were able to send them hundreds of meters light teams and with their help open garages, shop online, etc.

As it was discovered during the experiments, if you direct a laser at the microphone and change its intensity at the exact frequency, the light will somehow cause vibrations of the microphone membrane at the same frequency. Over time, researchers have changed the intensity of the laser so that it matches the frequency of the human voice. As a result, the microphone transformed light waves into an electric signal like sound waves, and received silent voice commands. If you use an infrared laser, then the attack on the microphone of the devices will be not only inaudible, but also invisible.