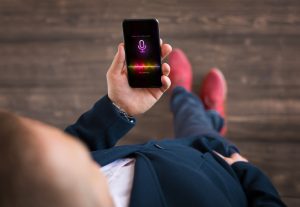 Apple has resumed using human resources to process audio recordings of teams and conversations with Siri by releasing an iPhone software update.

According to the Ap News resource, the company notifies users of this when installing the iOS 13.2 update, and they can choose the “Not Now” option to refuse to store and process audio recordings. Users can also disable this feature in the device settings. According to Apple, Siri will not be associated with Apple ID.

Recall that in July of this year Apple was suspected that its employees, hired through a subcontracting company, listen to personal conversations and voice commands of users.

In August, the company suspended the practice and apologized for using contractors instead of cars. Soon she announced changes due to which the function of processing audio recordings of voice commands will work only with the permission of the user, and only Apple employees will listen to audio data. These changes have now taken effect.