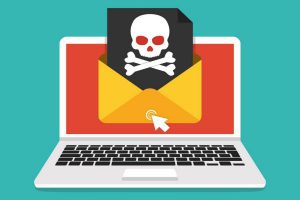 As a result of the attack, telephone lines and Groupe 6 mail servers were disconnected.

France’s largest private media holding, Groupe M6, has been the victim of extortion software. According to representatives of Groupe M6, cyber security officers managed to contain the spread of malware, preventing downtime on all ten television channels, as well as radio stations and movie studios.

Despite the promptness of the employees, the company was not able to completely avoid the incident, since telephone lines and mail servers still do not work, the French newspaper L’Express reports.

However, not only the French company suffered from the recent attacks by cybercriminals. Pitney Bowes, a global shipping and postal service company, reported an ransomware attack that encrypted some of its systems. The attack led to a partial failure of the systems, affecting customer access to certain services.

Attacks by cybercriminals affected some services of the Pitney Bowes mail system and blocked access to the “Your Account” service. Customers are also currently unable to send by mail or make transactions on their mailboxes; the SendPro Online service in the UK and Canada, your account and the Pitney Bowes Supplies online store are not available, which in turn affects AutoInk customer subscription and the application supplies.