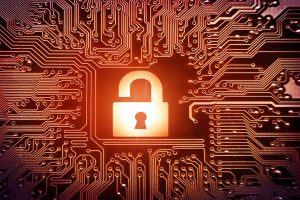 It is very important that all applications in which you forward your messages are open, open source. BitLocker is Microsoft’s built-in disk encryptor that uses 128 and 256-bit AES encryption. Strange, while the program has a closed source code (closed source). This means that it is not available for study by third parties. Launched on your PC, this program can execute any third-party code, have design errors that will compromise your data.

Microoft assures that it allows its partners and corporate clients to study the program code. However, there are several non-trivial attack methods against which BitLocker is powerless, which means it can’t cope with its purpose.

On the other hand, there is TrueCrypt 7.1a. This program was developed by a semi-anonymous group of cipher bank coders. Their solution has always remained open source, i.e. open source.

Therefore, if you need to really hide some files, and this is not necessarily something related to crime, then TC 7.1a is the program for you. Why is it she and not other alternatives to BitLocker? Because this program was created under the leadership of Paul Calder Le Roux, the cunning leader of the arms cartel, detained in 2015. In his youth, Paul was a famous programmer. He is considered “the same” by Satoshi Nakamoto, who created Bitcoin. According to Edward Snowden, TrueCrypt is one of the few encryption programs that the NSA cannot crack.

Important notice when using. Download the 7.1a version of the application because this is the latest official build from the creators. The versions released after it may be fake, as the individuals behind the development released a very strange message. It allows us to think that they were taken “into circulation” and forced to stop working on the best personal encryption application in history.