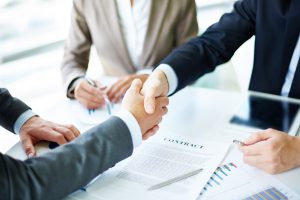 The working group “Digital economy” proposed to deprive those foreign companies that do not have a Russian legal entity of the right to access to personal data of Russians. This is one of the proposals for the data management concept, which is currently being developed by the SKOLKOVO Foundation. In the first place, it applies to Facebook and Instagram and Twitter, according to RBC.

On Facebook and Twitter administrative cases on violation of the Russian legislation are now opened. Companies have not yet localized the storage of data of Russians. They are also not listed in the organizers of the dissemination of information, although they should.

As noted in the proposal, this places corporations in a privileged position vis-à-vis those who comply with the law.

What is the threat of Facebook and Twitter?
According to the analyst of the Russian Association of e-Commerce Karen Ghazaryan, almost nothing. The requirement of a foreign company to have a legal entity to access data is contrary to Council of Europe Convention 108. It is