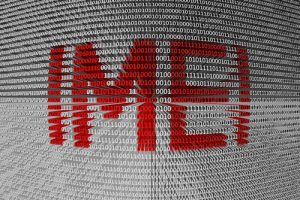 Mobile operators Beeline, Megafon and Tele2, together with Rossvyaz, have begun preparations for the introduction of IMEI identification of smartphones in Russia. This measure is intended to limit the gray import of devices and the sale of stolen phones.

Recall, in December last year, a bill was introduced in the State Duma on the introduction in Russia of mandatory registration of mobile devices by IMEI identifiers. According to the document, telecom operators can register only devices with authorized numbers in their networks. If the device does not have a registered identifier, or if this identifier matches the IMEI of another gadget, then access to the network for such a device should be suspended, as well as for stolen or lost devices. Deputies proposed to introduce fines for falsification of identifiers.

According to the co-author of the bill, the head of the temporary commission of the Federation Council for the Development of the Information Society Lyudmila Bokova, work is still ongoing on the document, in particular, the financial and economic justification is being finalized.

According to TASS, a pilot project will be launched to test various business processes in preparation for the introduction of IMEI identification. The site for the project will be the Central Telecommunication Research Institute (TsNIIS) subordinate to Rossvyaz, managing the central IMEI database.

The above project is divided into parts, and in each of them a certain system functionality is tested. This system includes the central IMEI database and special information systems of telecom operators. During testing, the automated interaction of information systems of telecom operators with a central database using several protocols will be checked.

All tests will be performed at set intervals, in online mode and under the supervision of specialists. The pilot project will be completed before the law enters into force.